A few months ago, I deactivated my social media accounts. I posted an index card on my bulletin board that read, “No Social Media. No Corporations. No Amazon. More creativity & blogging” next to a poster I clipped out of a magazine that reads “Keep Calm & Save Money” in bold red lettering.

Three clear thumb tacks lined up neatly below the messages—reinforcing one thing that was resounding through my mind and soul lately: minimalism.

Minimalism: a style or technique, that can be applied to a lifestyle, characterized by extreme sparseness and simplicity.

Deactivating my social media accounts was my way of extending the concept of minimalism even further. Everything felt so cluttered.

It started out okay, as I explained in this blog post from September. Gone were the feelings of embarrassment I’d felt during those rare but inevitable moments of “oversharing.” Gone were the unnecessary hours spent scrolling, or “managing” my various accounts—I have two personal accounts, and three business ones. Gone was the feeling that I needed to “capture” everything: a good meal, Autumn collecting eggs from the chicken coop, an innocent walk to the creek.

All the time the world offered came tumbling back in, and I began to experience more productivity at work, and creatively too. Things were happening. Actually happening. I became a more productive team member at work, a more present mother, and more conscious partner to my fiancé. I even took the final steps toward completing a huge creative project.

The days turned into weeks turned into months. During this time, I posted several times on my blog—a significant increase from previous months (years, really). But I could tell that my creative social network had gotten really, really small.

There was my small handful of loyal readers who reached out to me via text or by responding directly to my posts. I am grateful for these folks with a capital G, but I began to wonder if I could get through the rest of the pandemic, and election year, with my “capsule” of friends. I was starting to feel a little lonely.

Late one night, after a productive day of freelancing from home, I found myself borderline distraught. I lay in our bed, without the glow of my cell phone, and I said dramatically into the dark room, “I just feel like something is missing.”

In the silence that followed my—for lack of a better term—wail, I thought of my vow against social media…it wasn’t that, was it?

Not jumping to conclusions, I continued to wake, live and sleep every day without the companionship of social media. A few people reached out, but where were my other 538 friends? I realized, as I’m sure we all have, the predicament these social platforms present: they are an instant doorway to our families, and some relationships that are quite important to us. So why would we want to give up that? Honestly, especially now in a pandemic, how else are we going to get to know our new cousin’s baby, Jaxon? Or even remember his name? It’s all there, on Facebook. We understand that the heart emoji doesn’t convey all we want to say, but it does convey something.

In addition to working more intentionally—both personally and professionally—I toyed with the idea of letter-writing. I wrote a letter to Elizabeth, my longtime pen pal who resides in the Yosemite Valley. She wrote me back, as did our mutual friend, David. But David’s letter was so long and rich, I wondered how my response could even compare, or come close to being as meaningful as his letter had been, as he described the terror of wildfires looming near his home on Caves Highway this summer. If social media was intimidating, trying exchanging letters with intellectuals. Maybe I wasn’t cut out for this, either. Anyway, I knew I couldn’t exchange letters with as many people as I loved. (I love a lot of people!)

I don’t remember the exact day I reinstalled the apps on my phone. Only the approximate number of people who interacted with the photo I posted. Warily, I “liked” all of their responses. But where were these folks when I sat at home for four months? Autumn and I had both celebrated our birthdays—her 2nd, my 35th. Was it me who’d left them or they who’d left me? In this day and age, I’m honestly not sure.

In the meantime, I began to value my work relationships more, and my relationships with my family members who don’t use social media, my blog readers, and my neighbors began to deepen—it was as if I could suddenly see that they’d needed attention, too.

I am on social media now, and I do feel more connected to those that I’d lost touch with. I at least like knowing that such-and-such person is there if I need them, even if we’re not interacting every day.

But friendship can’t survive solely that way, and neither can a creative or professional dream. The inspiration—the ideas and conversations and plans—they need to lead somewhere. I’ve learned that “breaking the spell,” ie taking a break, is the perfect antidote for that. So just one question remains: can I take what I’ve learned and apply it? Can I use social media as a tool, to share my art and give and receive love from my friends, while still setting a healthy boundary with these websites and apps? It is hard to know for sure, but I have hope. Hope that I can either find the balance, or at least recognize when my “real” life needs more attention. 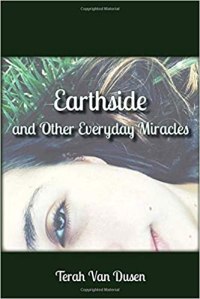